Don't Go To Work Without Your...Lipstick?

Leaving for the office or running to an important client meeting? Take time to throw on some mascara and lipstick. A fascinating study by Nancy L. Etcoff and othersfrom the Department of Psychiatry at Massachusetts General Hospital shows why.
Etcoff et al suggest that it’s worth the extra few minutes it may take to put on your game face before heading into work. They examined the effect of women’s makeup on four factors that were judged by men and women in the study:
Respondents in the study – men and women – were shown photos of the same woman with varying amounts of color cosmetics, with looks from “natural” to “professional” to “glamorous,” and were then asked to rate the woman on the four factors above.  To no one’s surprise, women with more makeup were found to be more attractive and in most cases more likeable.

But what about competence and trustworthiness?  Here’s the surprise: respondents who studied the photos for both brief periods and for an unlimited amount of time all found the version with more makeup to appear more competent. Yep. More competent.
And those who studied the photos for a brief time also judged the women with more makeup to be more trustworthy than the same women with the natural look. Unlike with competence, however, given a longer look respondents downgraded the trustworthiness of the photos with the “glamorous” makeup and selected those with the “professional” look as most trustworthy.

Decades ago, as the feminist revolution was in full swing and I was starting my own career, I would have gasped and railed at these research findings. Though a fan of lipstick and stiletto heels myself, I would have been outraged that we women were judged on our competence by our makeup. How superficial! How unfair!
I now take a more mellow view, however, and think of what were to happen if roles were reversed. What if men were making 70 cents on the women’s dollar. Would they then have the right to cry: How unfair! Women get to wear makeup and just by putting on a little lipstick, they’re judged to be more competent!
Today, where I come out is pretty simple: wear makeup in a way that enhances your look if you like and understand that it will influence what people think. Or don’t choose makeup if that’s your choice. It’s all good.
Beauty may be skin-deep. Or in the eye of the beholder. Or come from within. Competence and trust, a little less so, perhaps. I’ve come to believe authenticity trumps them all. Being yourself is the best makeup. 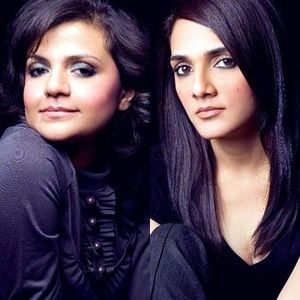 This article is a repost of a feature posted by sandystyer on forbes.com

Posted by Women In the Spotlight Goinglobal, Inc. at 2:21 AM